Must read!  From the always great Leuthold Green Book, they report stats on a similar study we used to run (post from back in 2006!), which is simply picking the top asset classes in a portfolio, rebalanced yearly:

“Momentum strategies are probably best known and the most widely applied by equity investors, but our analysis finds support for “trend persistence” at the asset class level as well. The naïve strategy of holding the prior year’s top-performing asset class for another year has outperformed the S&P 500 by 4.3% annually since 1973. But, once again, there’s a profitable twist to this basic “momentum” strategy: The best single asset class strategy is to own the prior year’s runner-up or Bridesmaid asset class. Such a strategy—while not without considerable diversification and career risks—has generated an annualized total return of +15.8% since 1973, while matching or exceeding the S&P 500 return in 29 of 39 years.”

The first chart is the CAGR for all of the assets, and there is nice outperformance in the top half and major underperformance in the lower half.  Below that is an equity curve of all the assets sorted each year.  (The dark black line is an equal weighted portfolio of all 10 assets.) 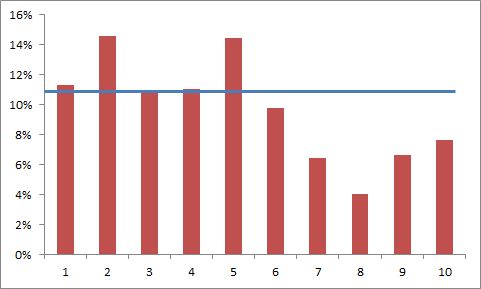 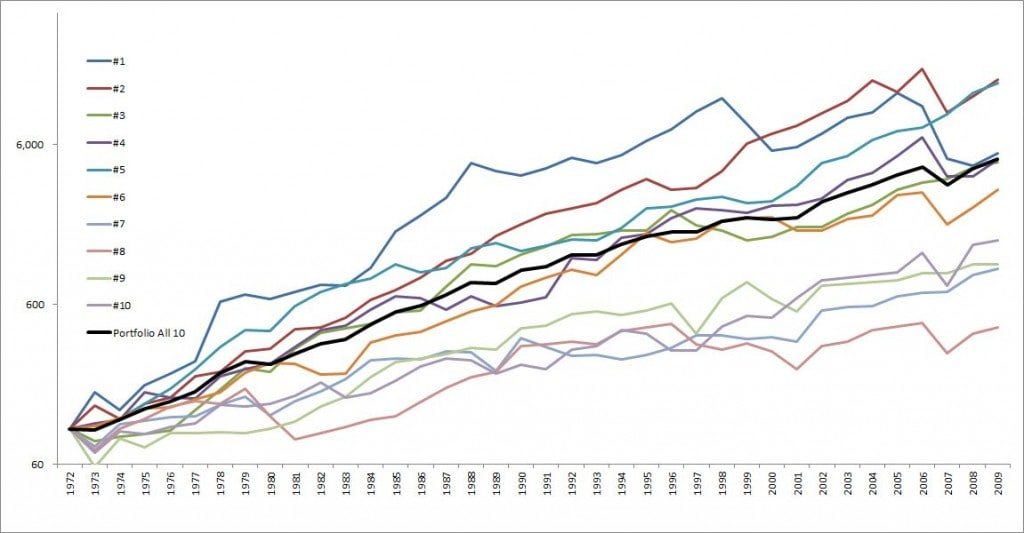 We then looked at portfolios consisting of the top X assets.  Solid 2 percentage point outperformance for a once a year update!  The numbers get a little better if you exclude the top asset (theory being it has moved too much), but that feels like a little too much data mining to me. 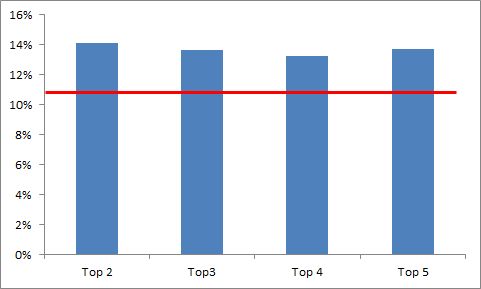 Amid lots of other fantastic studies (and jokes) was this interesting stat:

“…in 45 of 48 other countries tracked by MSCI…only Ireland, Indonesia and New Zealand had better performing stock markets than the U.S. last year, and the U.S.’ tiny -0.1% loss was almost 18 percentage points better than the median country’s decline of –17.8%….”

Not to mention declines of over 35% in Turkey, Austria, India, Argentina, Egypt, and -60%+ Greece (dollar denominated)!