As many of you know we are venturing into self-publishing.  Well, technically we’ve self published a half dozen academic articles and over 1000 posts on the blog since 2006, but by self-publishing I mean tossing the content on Amazon.  I am really curious as to how the process works, so we put together an eBook titled Shareholder Yield, and hopefully it will be out in the next month or so.  In addition, I thought I would pass along my experiences with the self-publishing route vs. the traditional route in the coming months as many seem to be interested in the space.

In a somewhat related note, people often rant about how terrible companies are with their buybacks, and on aggregate, I agree (just look at the record buybacks by financials in 2007, as well as buyback tops in 2000 and 2007).  However, here is an interesting point that is often missed.  The only reason to own a stock is if you believe it is trading at a discount to intrinsic value, in which case you want buybacks as it is a transfer of wealth from the seller to the buyer. It is only in the instances when a stock is trading at a premium to intrinsic value when buybacks are value destroying – but why would a investor ever own a stock trading above intrinsic value?

As Warren Buffett penned in a 1984 essay, “When companies with outstanding businesses and comfortable financial positions find their shares selling far below intrinsic value in the marketplace, no alternative action can benefit shareholders as surely as repurchases.” 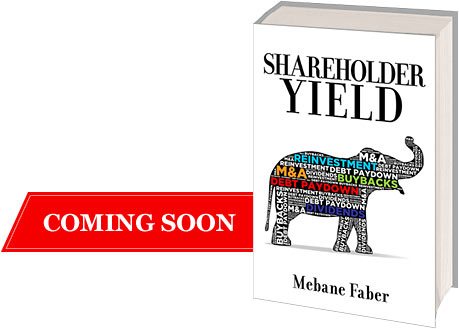