Investment styles go through cycles of performance.  I was chatting with a friend the other day about the relative underperformance of trendfollowing funds the past few years, and remarked that we’ll know we are near a bottom when some CTAs start going out of business.  I was bummed to see the news the other day that John Henry’s funds are closing shop.  (JWH was one of the pioneers in the field, although I don’t think he has been that involved for quite some time.)

Below is a chart of the Altegris40 Index against the S&P500.  (There are a bunch of these CTA indexes including Barclays, Morningstar, S&P, and IASG.)  You can see the strong and consistent performance for the past 20+ years, with lower drawdowns than the S&P.  The index regularly has 10-15% drawdowns, and three of the last four years have been in the red.

The next chart is the same indexes since the bottom in 2009.

Is this a magazine cover indicator for the trend funds? 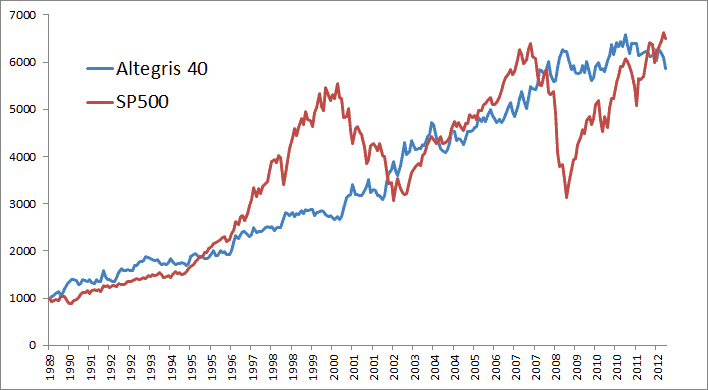 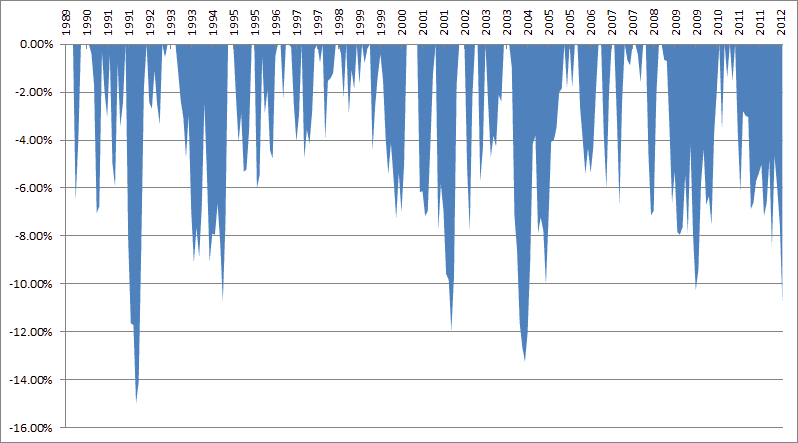 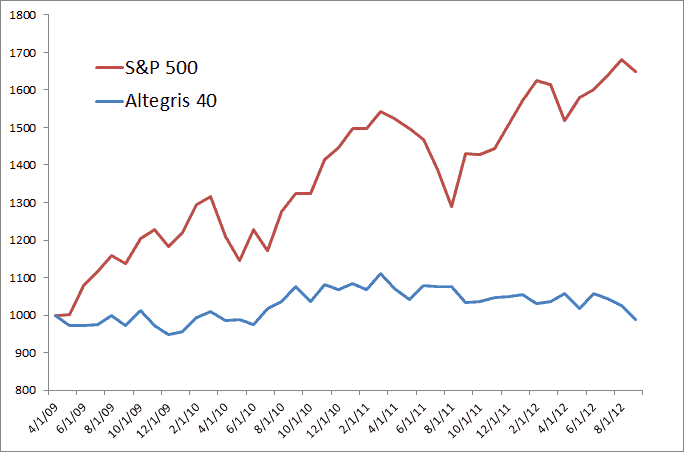