Excellent new white paper from Montier at GMO – The 13th Labour of Hercules: Capital Preservation in the Age of Financial Repression.  I got this late in the day and don’t want to goto the gym so I figured I would run some analysis on some of the ideas…

It touches on a number of topics (namely negative real rates) but most interesting to me was their chart of forecasted returns relative to drawdown in the next three years.  It should come as no surprise, but when markets are expensive you have a great chance of a big fat loss. 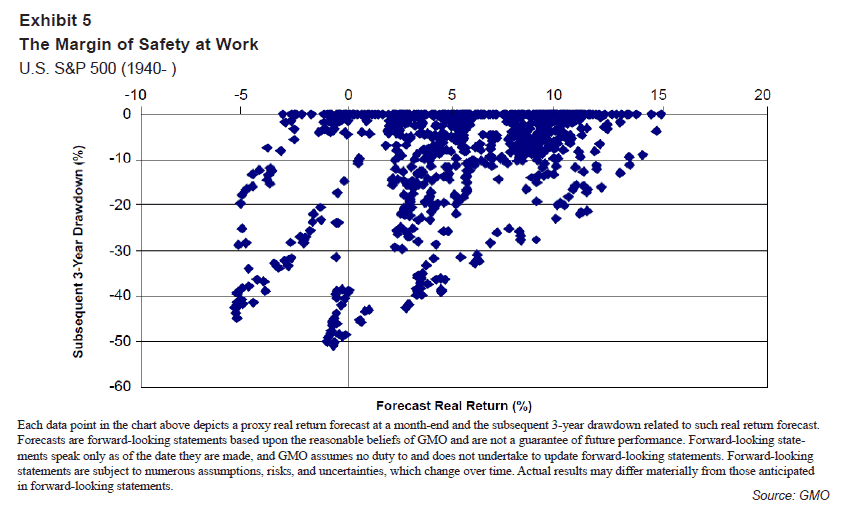 I wanted to take this chart back to 1880 in the US (they only take it to 1940), as well as simply comparing it to CAPE values rather than GMO forecasts, but as you can see, the conclusion remains the same.  (More background in our paper here:  Global Value: Building Trading Models with the 10 Year CAPE.)

Pay up for a market, and expect a greater chance of pain to come.  I was surprised to note how small the 3 year chance of drawdown at low valuations was.

Will update this with some ideas from foreign markets in the coming days. 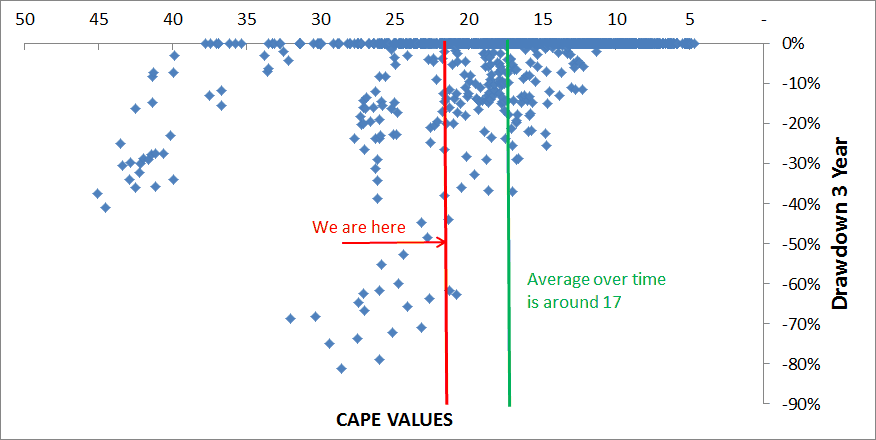