I’ll be updating the country CAPE values at the end of the quarter, but I thought this examination was really interesting.  Earlier this week we talked about how the US was allowed to have a higher CAPE valuation due to low inflation.  The question then arose from readers, should we be making adjustments for CAPE values based on inflation in each country?

Below is a table of CAPE values, inflation values, and an inflation adjustment.  We look at each country’s valuation both with and without the adjustment.  Which countries are most impacted by their inflation regime?

As you can see, the values track fairly closely.  Most undervalued markets are still undervalued, and vice versa.  What are some of the exceptions?

Turkey goes from a 15% undervaluation to fairly valued.

South Africa, India, and Indonesia get even more overvalued. 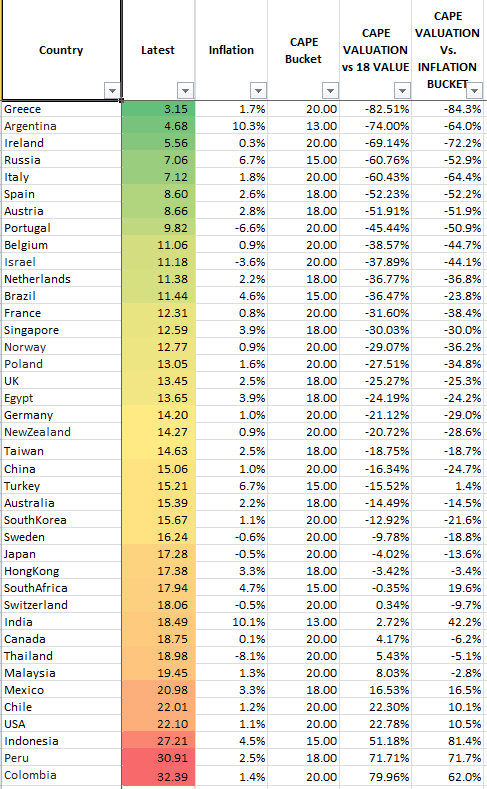