That quote was from my friend Eric Crittenden at Longboard way back in 2007.  We were chatting about how a lot of the investable hedge fund indexes massive underperform the more often quoted, but also uninvestable cousins.  I had just published an article for the Technical Analyst magazine that examined this chronic underperformance of the investable indexes.  How have the indexes held up since?

…and since our original conversation on email in 07: 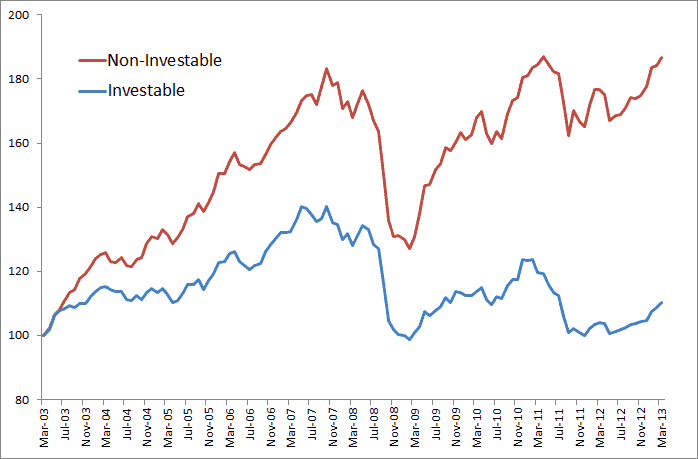