Below are 10 charts or stats to mull over this fine weekend while I am on the plane to NYC after a long delay…Come say hello if you are in town or in Charlottesville!

Any other great charts I’m missing?  (You all already know my portfolio and plan for 2015 but old post if you have not read.) 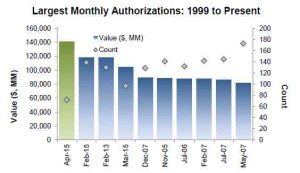 The average EV/EBITDA multiple for global M&A stands at 12.4x in 2015 YTD, the highest full year level on record. 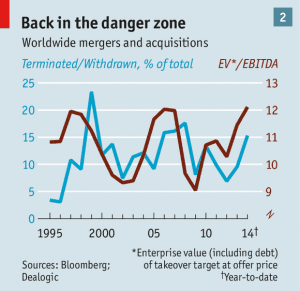 Near or at highest ever. 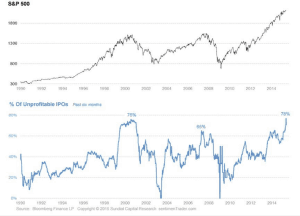 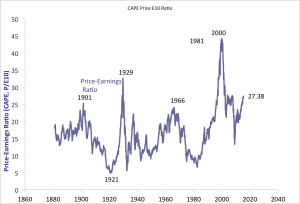 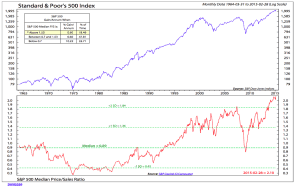 7.  Allocation of Investors to Equities

With exception of 2000, near prior peaks. 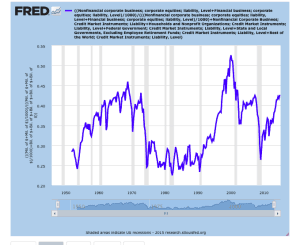 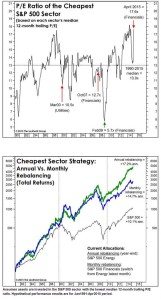 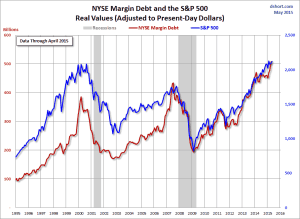 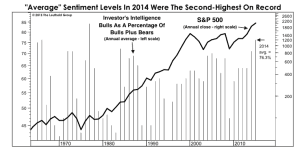 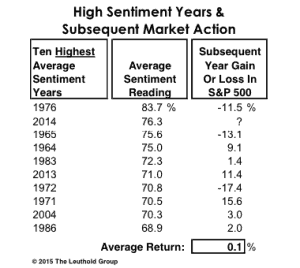 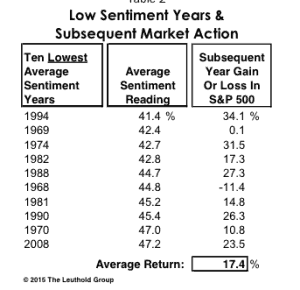 And for now, the 1 bullish chart is more powerful than all the bearish charts… 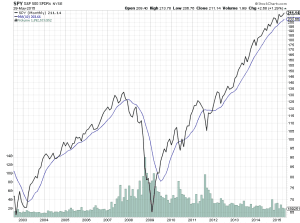