This excerpt is from the book Global Asset Allocation now available on Amazon as an eBook.   If you promise to write a review, go here and I’ll send you a free copy.

We’re not going to spend too much time describing the endowment style of investing – after all, it was the topic of our book in 2009 – The Ivy Portfolio.  The hallmarks of the endowment approach are a large allocation to equity-like assets, a global focus, a long time horizon, and active management where it can add value.  While the endowment portfolios are much more complicated and illiquid than our 13 asset classes can cover due mainly to private equity and hedge fund allocations, the managers of the two largest endowments (Harvard and Yale) have, in their books over the years, proposed allocations for individual investors.

David Swensen, CIO for the Yale endowment, mentioned an allocation recommendation for individuals in his book Unconventional Success in 2005.  Former Harvard endowment manager (and former PIMCO co-CIO) Mohamad El-Erian also published an allocation in his 2008 book When Markets Collide.   For some odd reason El-Erian’s allocation didn’t add up to 100%, and a few categories like “special situations” are not directly investable in.  We made some basic assumptions but the overall portfolio targets should be nearly the same.

We proposed a more basic version in The Ivy Portfolio that was meant to replicate the broad endowment space.  While these three basic allocations are solid performers, they underperform the actual top endowments like Harvard and Yale by about 3-4 percentage points per annum.  There are several reasons why (private equity allocation, leverage, factor tilts, possible alpha generation from the managers), and a number of researchers have examined the endowments at length.  One such article is by Peter Mladina titled “Yale’s Endowment Returns:  Manager Skill or Risk Exposure?”  Below we examine how these three allocations have performed over time. 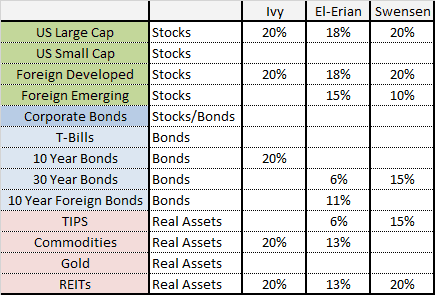 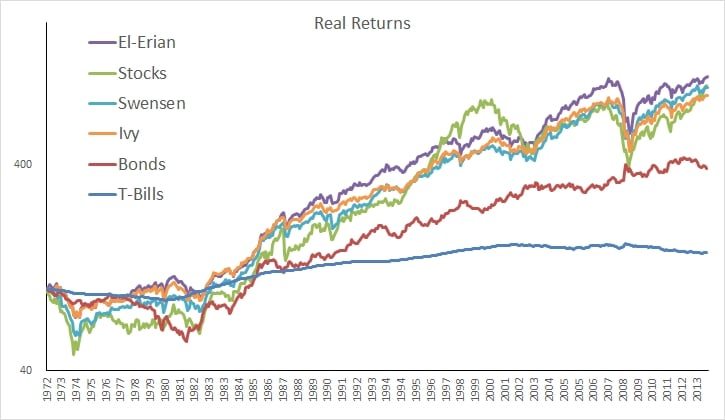 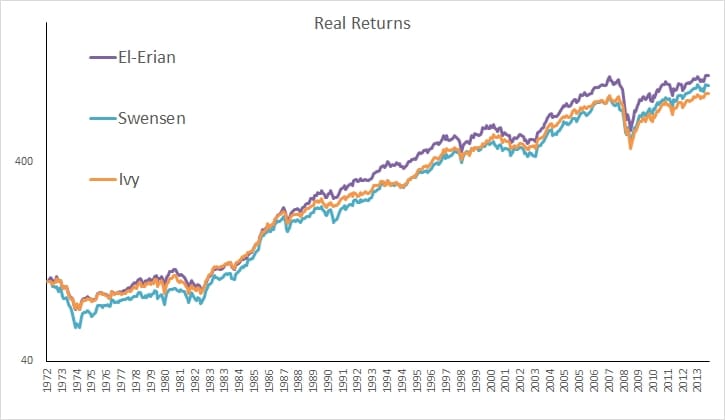 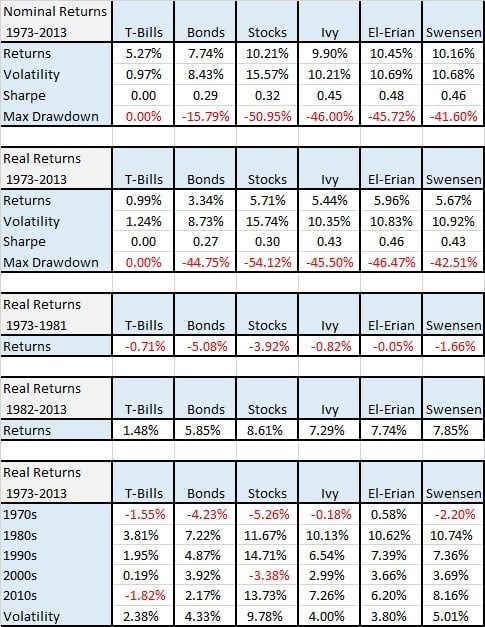