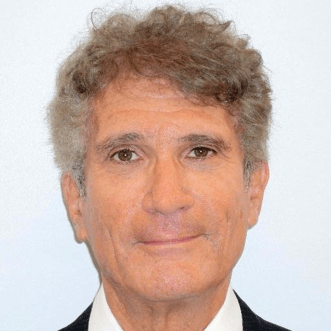 Guest: Gary Antonacci has over 40 years’ experience as an investment professional focusing on underexploited investment opportunities. Since receiving his MBA degree from the Harvard Business School, Gary has concentrated on researching, developing, and applying innovative investment strategies that have their basis in academic research. His research introduced the investment world to dual momentum, which combines relative strength price momentum with trend following absolute momentum.

Summary: After a few minutes on Gary’s background, the guys dive into Gary’s “Dual Momentum” research. To make sure everyone is on the same page, Meb asks for definitions before theory. “Relative momentum” compares one asset to another. “Absolute momentum” compares performance to its own track record over time, also called time-series momentum. Gary uses a 12-month lookback, and compares his results to the S&P and other global markets. In essence, you’re combining these two types of momentum for outperformance.

The guys talk a bit about using just one of the types of momentum versus combining them, but Gary tells us “You get a synergy that happens when you use (Dual Momentum).” The compound annual growth rate applied to the indices is 16.2% dating back to 1971, compared to the S&P’s 10.5%. And the reduction in volatility and drawdown is under 20% compared to 51% for the S&P.

With the basics of Gary’s Dual Momentum out of the way, Meb decides to go down some rabbit holes. He asks about the various extensions on Dual Momentum. It turns out, Gary says you can introduce some additional granularity, but not a lot. Almost nothing really improves the current version of Dual Momentum substantially. (And in case you’re wondering, you can go to Optimalmomentum.com to track Gary’s performance.)

Meb then brings up questions that came in via Twitter. The first: “What sort of evidence would be required to convince Gary that Dual Momentum won’t work in the future?”

Gary tells us that because the evidence for Dual Momentum is so strong, the evidence against it would have to be strong. We would need more than a few years of underperformance, and instead, a full market cycle of underperformance. But more importantly, he’d want to understand why it would underperform – for instance, perhaps everyone decided to become a trend follower, squeezing out the alpha? Gary quickly ads that such a scenario will likely never happen due to our behavioral tendencies as investors.

The next Twitter question: “What are your thoughts on doing something alpha oriented versus just dropping into cash and bonds when you’re in a downtrend?”

Gary says shorting doesn’t work because of an upward bias to stocks. Meb agrees, saying that shorting actually amps up risk and volatility, but doesn’t really add to risk-adjusted returns.

Next, Meb brings up a post Gary wrote about commodities – are they still a good diversifier? The idea is that markets and their participants change over time. Gary thinks passive commodities have changed over time. And while they were a good diversifier to a stock/bond portfolio before, everyone has started doing it, which changed the nature of the market, reducing the benefit.

Gary also mentions the risk of others front-running you. Meb chimes in, agreeing – you’re going to want to hear this back-and-forth.

There’s tons more in this episode: moving away from market cap weighting when using Dual Momentum… Dual Momentum applied to sector rotation… sports gambling… our tendencies to stray from our investment plans… and Gary’s most memorable trade – hint: it involves an options blow-up.

Comments or suggestions? Email us Feedback@TheMebFaberShow.com

Episode #463: J.P. Morgan’s Dr. David Kelly on Why He Believes Foreign Stocks Are Attractive, Inflation Will Subside, & The Debt Ceiling is a...