Take a look at global stock market returns since I published by Global Value white paper and book.  We’ll use start of 2013 – 5/2017.  Using valuation worked incredibly well.  The cheap stuff outperformed the expensive stuff.  Notably there were a few outliers, but for the most part it looks like a pretty normal quant scatterplot…Only one stock market that started the period at a CAPE ratio > 20 had positive returns…and guess who that was? 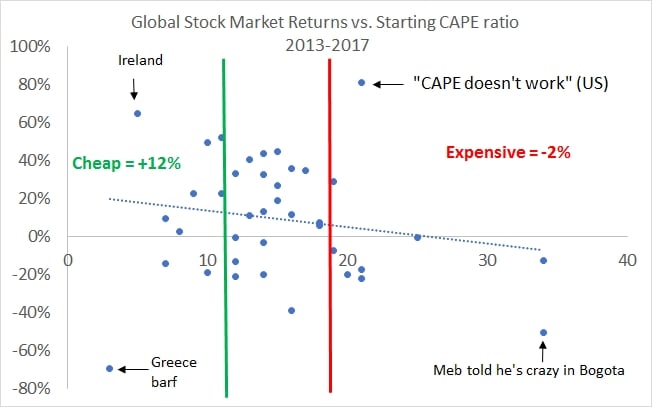