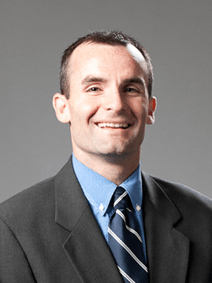 Author: Wes Gray. Wes is the CEO/CIO of Alpha Architect. He has published multiple academic papers and four books, including Quantitative Value (Wiley, 2012), DIY Financial Advisor (Wiley, 2015), and Quantitative Momentum (Wiley, 2016). After serving as a Captain in the United States Marine Corps, Wes earned an MBA and a PhD in finance from the University of Chicago where he studied under Nobel Prize Winner Eugene Fama. He then worked as a finance professor at Drexel University. Wes’s interest in bridging the research gap between academia and industry led him to found Alpha Architect, an asset management firm that delivers affordable active exposures for tax-sensitive investors.

What is this Episode? We recently published The Best Investment Writing, Volume 2. The first book was a hit, with MoneyWeek concluding that it “should be on every investor’s bookshelf.”

But we made the second volume even better – we expanded it to include 41 hand-selected investment articles, written by some of the most respected money managers and investment researchers in the world.

We thought it would be fun to bring on some of the authors so that they could read their specific chapter from the book. That’s what you’re getting in today’s special bonus episode.

If you’re interested in picking up a copy of The Best Investment Writing, Volume 2, head on over to Amazon or our publisher’s website, which is Harriman House.

Also, know that your purchase would benefit charity, as all writer-proceeds go to the charity of the specific author’s choosing.

So, enough from me, let’s let Wes take over with this special bonus episode.

Comments or suggestions? Email us Feedback@TheMebFaberShow.com or call us to leave a voicemail at 323 834 9159

Interested in sponsoring an episode? Email Jeff at jr@cambriainvestments.com