I spend a lot of time chatting with institutions, and universally everyone hates bonds.  HATES them.  Everyone KNOWS bonds are in a bubble.  You can see in the below chart from Barron’s and Bespoke that there is not more consensus anywhere than being bearish on bonds.

No?  Well take a look at this old chart we updated from The Japan Playbook :

“Now many people are thinking about what to do with their bond holdings after this rally…it is instructive to take a look a Japan and how their bonds have performed as we think that is one of the best comparisions.  If you align the Japan series starting in 1990 and the US in 2000 you have a similar trend in interest rates.  The interesting thing to note is that after initally crossing below 2% JGBs have not risen above that ceiling for the past 10 years.  Nor has their yield curve ever gone negative in the past 20 years.  Japanese bonds have returned over 30% since initially crossing below 2% and Japanese stocks have had negative returns over the period… 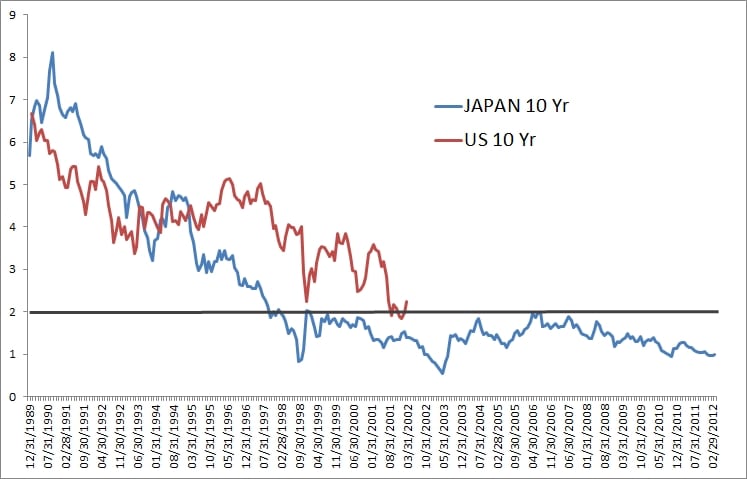 Food for thought and a reminder that every asset class is great sometimes and horrible other times.

For more on the subject check out our recent research piece on pension funds and the endowment model in Japan:  ”What if 8% is Really 0%?”

Barron’s recently reported no one is bullish on bonds (except maybe Shilling). 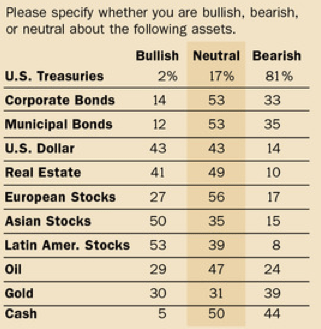