Actually this is the year of the Dragon (2010 was the year of the Tiger).  I’ve been writing about 13F investing since this blog began 6! years ago, back when I had to compile all the 13F filings by hand in Excel (search the archives for 13F for lots of articles).  We also did a chapter on 13F investing in The Ivy Portfolio, and there very well may be a book coming out soon on the topic.

There is a nice article out on the Tiger Cubs, although now it is impossible to track the amount of cubs, grandcubs, cousin cubs that have spawned since the closing of Tiger Management in the late 1990’s.  Since many of these analysts and PMs grew up learning a methodology from their mentor Julian Robertson (always been a huge fan), there is often a similar style in the way the manage money.  And since many are also friends, it is no surprise they often own the same stocks.  (Similar to how many trendfollowers have similar methods and will often have the same positions on.)

There is a group on AlphaClone that tracks 21 Tiger Cubs, and if you look at the 10 most popular stocks across the funds, rebalance quarterly, it beats the market by about 7% a year since 2000.  Not bad!  Over half the funds own Google, Apple, and Priceline.  Next most popular are Visa, Amazon, Qualcomm, and Equinix.  The portfolio would be up almost 30% YTD after being down 2% last year. 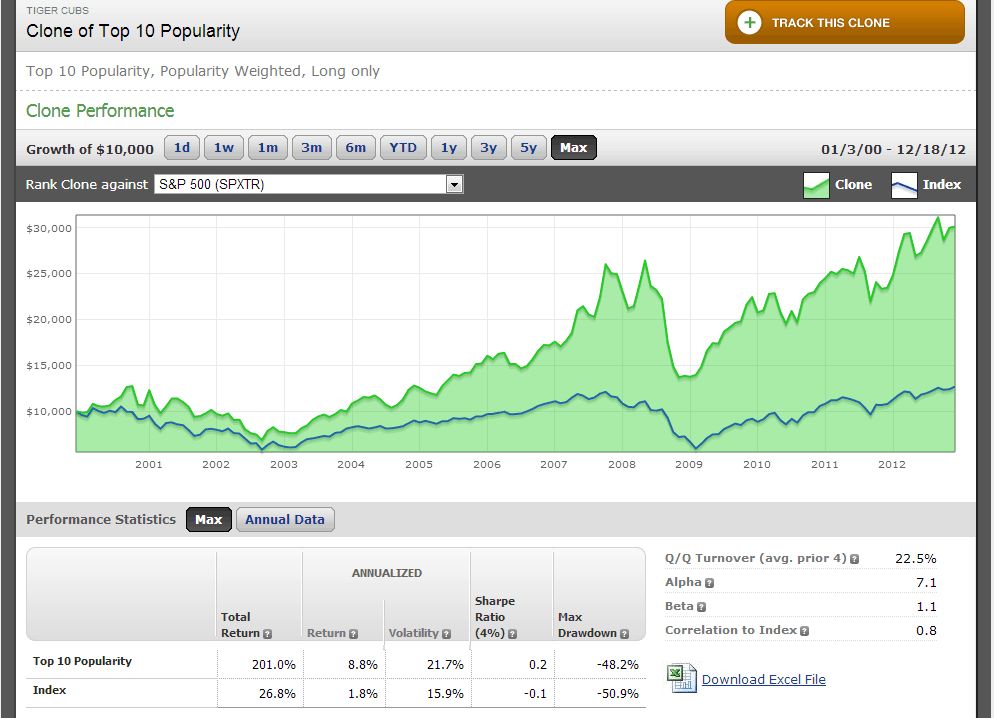