Bloomy has a new issue out with the “World’s 100 Richest Hedge Funds“.  (Downloadable PDF here. Had I realized there was 2011 data I would have run that too.  Perhaps in an update although my guess is that the clones trailed the returns last year as they tend to have similar returns on the downside but much higher beta on the upside.)

And while I just did an article on the efficacy of 13F investing, below I thought I would compare the returns of all of the funds I could find on the list vs. their clones on AlphaClone.  There were about 40 funds due to some repeats as well as a number of them never being listed on AC for various reasons.  If a fund had multiple funds on the list, I gave the fund the benefit of the doubt and picked the highest returning fund.  I didn’t edit out any funds even though many on the list I would never, ever, ever in my wildest dreams,  track for many reasons (turnover, inappropriate strategy, etc).  I deleted a few that listed credit or managed futures as the main strategy.

About 77% of the clones beat the underlying fund.  Which is about the same amount of clones that beat the S&P500 this year. 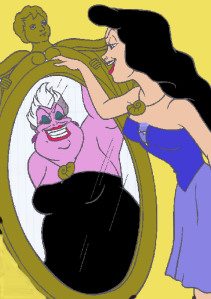