I was watching this Pabrai video below when I saw an interesting slide below that mentioned cannibals (stock buybacks) as well as cloning (following other successful investors).  Tracking his portfolio through 13Fs would have beaten the market by over 7% a year since 2004, not bad!  Though you would have had to sit through a whopping 77% drawdown…ouch. (Source AlphaClone)

I used to have all of Pabrai’s letters on hedgefundletters but he emailed over and asked to take them down. 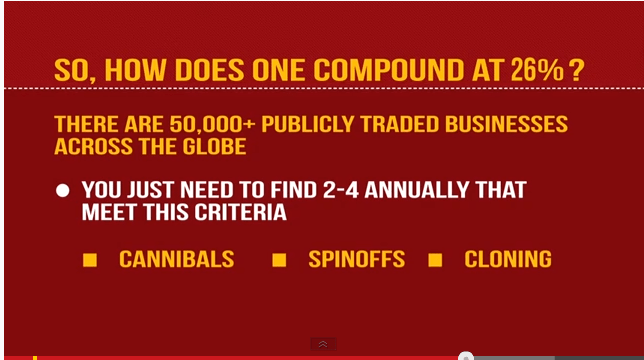