A few Idea Farms ago we looked at a WisdomTree research piece by Schwartz that sorted emerging markets into high and low dividend years.  This is of course backwards looking, but instructive nonetheless.   They found that: 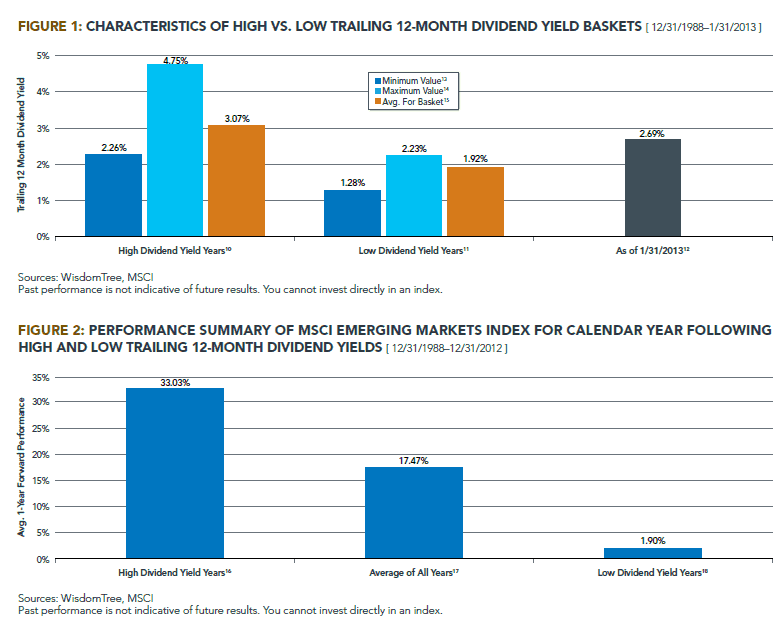