I don’t hear nearly as much from the 13F critics anymore.  Maybe they have simply lost interest, or perhaps the real time performance of the 13F strategies have converted them into believers, who knows.  I’ve been sending out hedge fund profiles each Sunday to The Idea Farm with current holdings and backtests and investors seem to love the updates.

If you have any fund suggestions let me know!

I thought it would be fun to look back at the generic “World Beta” clone that I haven’t touched since AlphaClone launched many moons ago.  These are not the same funds I would pick today, but hey that’s not a bad list!  Top 5 positions from these funds would have beaten the market 6 of last 7 years in real time…If you pick the most popular amongst these funds the results are even better. 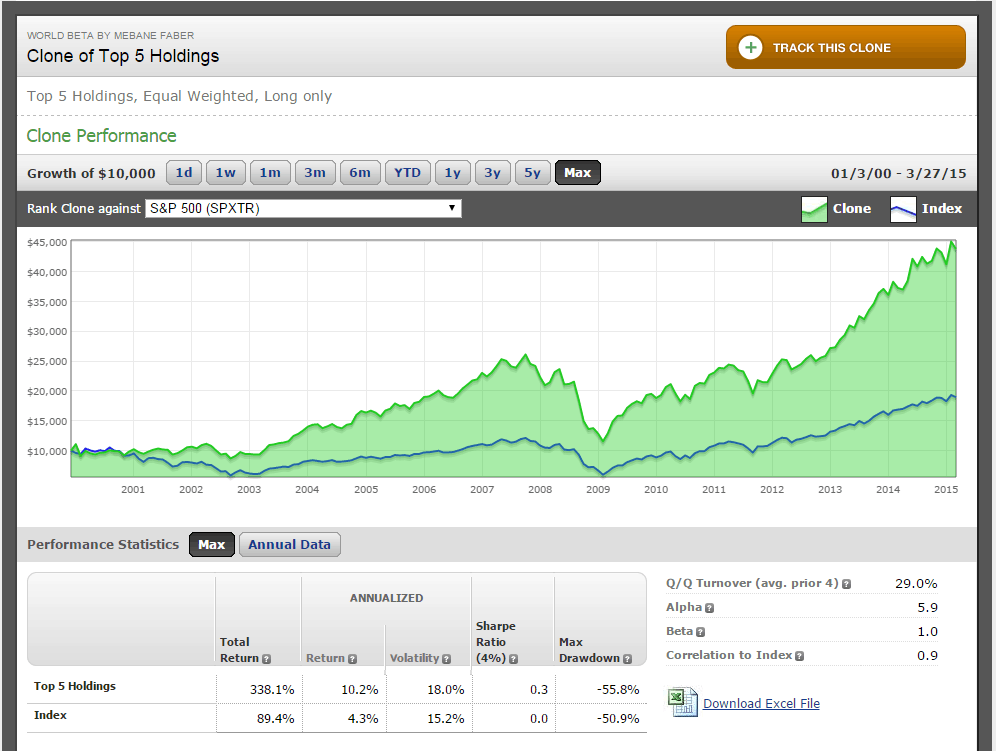