Below are some of the best reads on the topic of capital allocation, with a specific nod to share buybacks.  Given the amount of misinformation surrounding this topic, we curated the best literature across academia, Wall Street, and traditional media.

(If there is anything wonderful I missed, please let me know)

EPOCH: The Case for Shareholder Yield, 2005

Jason Zweig: The Fireworks Over Share Buybacks Are Duds, 2019 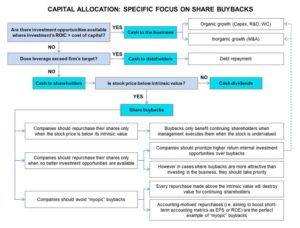 Episode #381: Leonard Mlodinow, Theoretical Physicist & Author – How To Harness Your Emotions To Become A Better Investor